Faster than disaster: beating the white death in Mongolia

Increasingly, Mongolian herders endure some of the toughest winters on earth and risk losing everything. But a new Red Cross system may make all the difference. 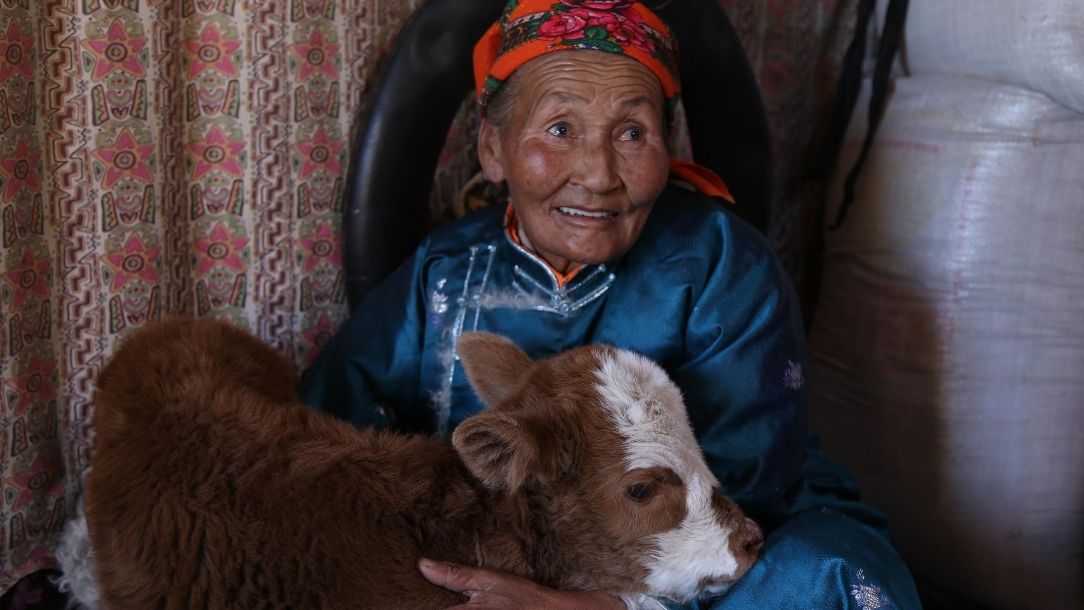 Mrs Dogoonoo carries vulnerable animals into her yurt to protect them from brutal winter weather.

It’s hard to imagine what -60F really feels like.

But every few years, that’s reality in Mongolia. Swathes of the country are at the mercy of the dzud: a pitiless weather phenomenon, which brings an arid summer followed by a biting, brutal winter.

Known locally as the ‘white death’, dzuds are a double blow for the 40 per cent of Mongolians who rely on raising livestock. First, the grass and wheat that their cattle depend on dry up in the summer drought. Herders cannot collect and store enough hay and food for their animals, leaving them weak and vulnerable.

Then in winter, where average night-time temperatures plummet to -40 to -60F (-40 to -51C), livestock are unable to feed through the frozen snow and freeze or starve. Herders can only despair as their precious animals pile up dead across the packed snow. Some animals die as they stand.

The herders rely on sheep, cattle, yaks, camels, horses and goats for their income. When these animals die, families run out of food, lose their livelihoods and use up their savings to survive. Many are forced to leave the countryside and move to the slums of industrial cities where there may – or may not – find paid work. 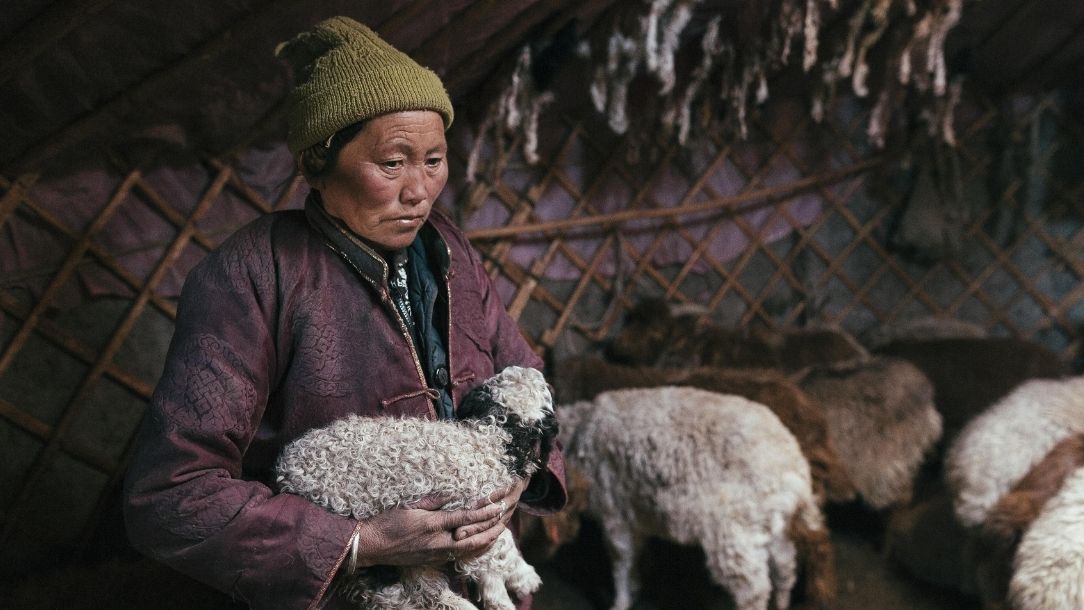 In desperation, many Mongolian herders, such as Bayankhand, carry their weakest animals into the yurt or ‘ger’ they share with their family. It can feel crowded over the long winter months.

In previous years, Bayankhand lost 400 of her 700 cows, sheep and goats early on in the dzud. She says:

If the animals get weak and die in front of my eyes, it's very, very hard. I feel so sorry for them. I tried to save them but I couldn't.

Mrs Dogoonoo fared even worse, previously losing 210 of her 230 animals in a year.

She tried everything to keep the rest of the herd alive and brought the weakest animals, like the calf in the picture above, into her ger.

This year, Mongolia fell prey to another dzud. According to the Ministry of Agriculture, 402,300 animals had died by February 2021 - and that’s nothing compared to 2010, where freak weather saw up to 11 million animals perish. 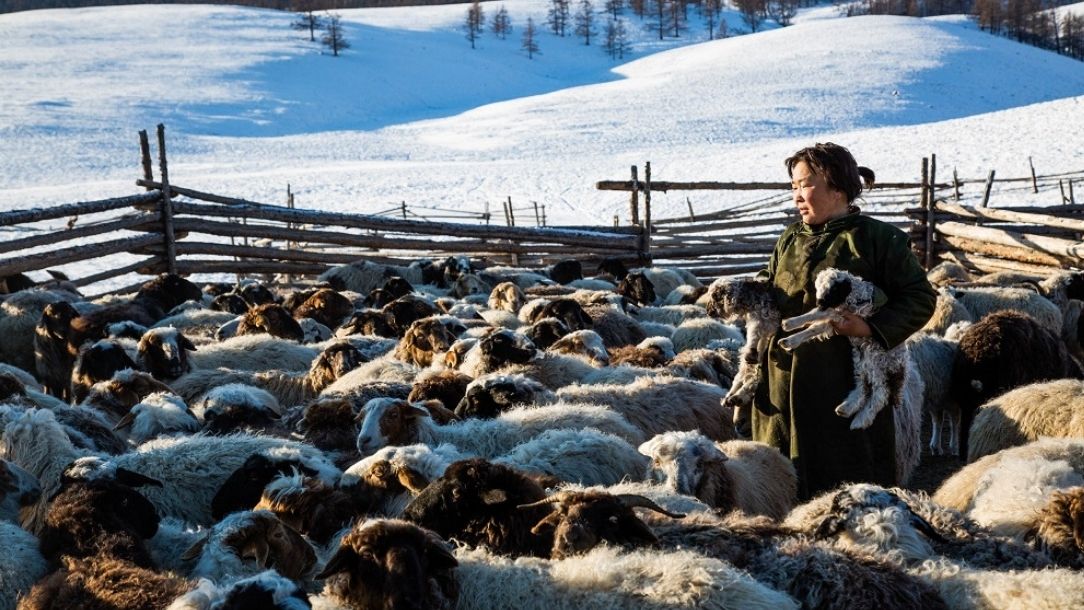 Dzuds are unique to Mongolia and used to happen around twice a decade. Mongolians are certainly no strangers to harsh weather. But it does seem that dzuds are getting more frequent.

According to the UN, dzuds are now happening every year in some parts of the country. Climate change is a major factor along with overgrazing and problems managing the land.

But there is hope.


Striking before the dzud

While the Red Cross has supported communities affected by the extreme weather for some time now, it’s been at the height of the dzud, when animals were already dying.

As aid is more effective when delivered early, we have found a way to take preventive action before the dzud hits.

Working with the National Agency for Meteorology and Environmental Monitoring, the Red Cross set up a new early action system.

Called forecast-based financing (FbF), it was activated for the first time ever in Mongolia in the winter of 2019-20 and again early in 2021.

FbF is a way of getting humanitarian funding to communities before a disaster strikes. The system combines weather forecasts and other data to trigger the release of funding ahead of extreme weather events. The overall goal is to prevent natural hazards from becoming disasters and reduce human suffering.

If it looks like an extreme event – such as a dzud – is likely to strike, FbF activates an early action protocol.

This trigger releases funding for a series of preventive actions, and the Mongolian Red Cross can then spring into action and protect herder communities and their animals before it’s too late.

Based on the 2020/21 winter’s dzud risk map by the National Met Agency and calculations from the IFRC Climate Centre, more than 60 per cent of Mongolia was at risk of a dzud. Five provinces had a very high risk of 20 per cent or more of their land area being affected. The early action protocol was triggered. 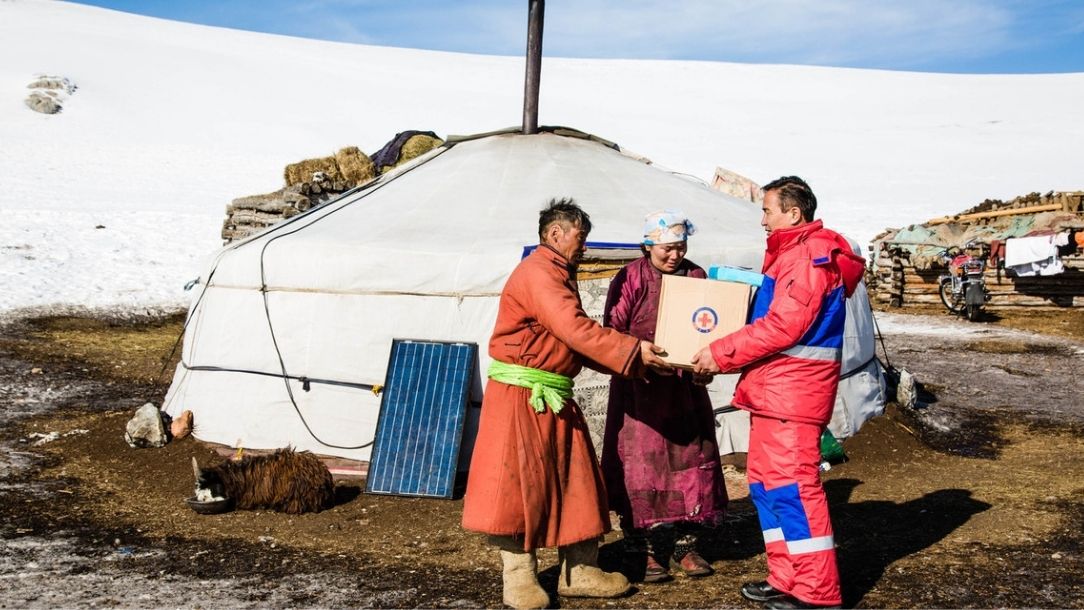 The Mongolian Red Cross was then able to provide help worth more than CHF 245,000 to more than 7,000 vulnerable people across 19 provinces in time to get ready for the harsh winter.

So far, this early support looks like it’s working. Studies found that early action assistance doubled the chances of herder families saving their most valuable animals – their horses. Also, fewer newborn goats and sheep died. People’s most important belongings were saved and less people fell into debt and poverty.

I received 240,000 MNT from the Mongolian Red Cross Society when I had nothing to feed my livestock with. It really helped me, thank you.

It’s hoped that long term, not only will FbF bring hope and relief, but also dignity to the many who still live this traditional way of life.

Find out more about extreme weather in Mongolia and what the Red Cross are doing to help.