"Climate change: these extremes are the new normal, the time to adapt is now"

Richard Blewitt, executive director, British Red Cross sets out some startling figures on climate change, and explains why it’s vital that we raise our global ambition.

Moorland burns in rural Wales as a result of climate change and dry summers. In the UK's latest heatwave, wildfires broke out across the country.

Over the past decade, 83% of all disasters around the world were caused by extreme weather and climate-related events. When you really think about that, it’s staggering.

Extreme heat is one of the deadliest, but also one of the most hidden extreme weather hazards – a silent killer in the UK.

By 2050, Britain will be 50 per cent more likely to experience hot summers, and heat-related deaths could triple, reaching around 7,000 every year.

There’s no doubt that heatwaves are on the rise and becoming hotter and longer. And after the unprecedented 40C heat we’ve seen across the UK, which has brought tinderbox conditions and several wildfires, that’s a worrying thought.

People often think of heatwaves as an enjoyable part of the summer, but they must be taken seriously. Communities living in cities and towns and those who are already vulnerable – children, older people and those with chronic health conditions – tend to be hit the hardest. 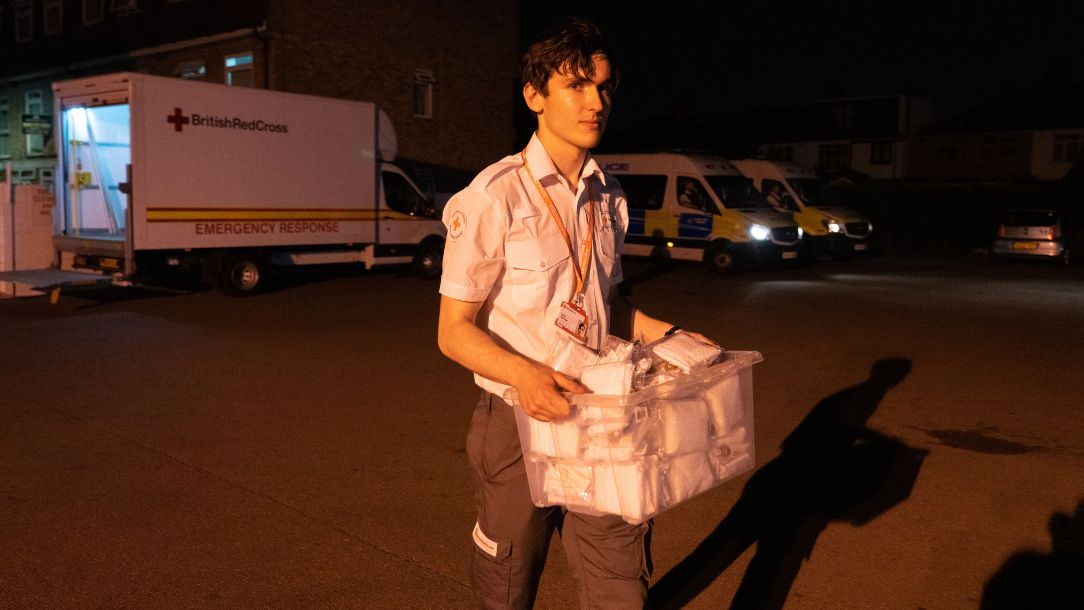 A British Red Cross volunteer supports people affected by the grass fires in Dagenham, which saw nine homes destroyed and 135 people evacuated in the recent heatwave.

Worryingly, one in four people don’t think the UK is hot enough for a heatwave. This dangerous perception gap means they are less likely to take early, life-saving action.

The rising temperatures we are seeing in the UK this week are not unique.

Red Cross teams are working in 192 countries responding to emergencies and natural disasters, and their message is the same – we are seeing a clear increase in climate and weather-related emergencies.

We are also seeing some of the worst flash floods to hit Bangladesh in a century and the worst drought experienced in East Africa in 40 years. Wildfires, drought, flooding, heatwaves, hurricanes – they are happening more often and putting more people in danger, particularly the world’s poorest.

The impact of this climate crisis on people’s lives cannot be understated. But neither can the power that people hold – to unite and move forward in the face of it.

We need to recognise that our weather and climate are changing and take action to help people – often the most vulnerable – survive these changes.

Thanks to investment in weather forecasting capability globally, we are better equipped to predict the weather and prepare for these events today than we have ever been.

We can use tools and funding to increase the resilience of our communities, helping to anticipate and manage climate risks.

We don’t have to wait until a disaster strikes. If we raise our global ambition and take collective action to both prevent and adapt to the climate crisis, we can avoid devastating consequences for billions of people.

Be prepared: learn first aid for heat exhaustion and heatstroke

The UK is living through the hottest summer on record. Find out how to keep you and your loved ones safe with our first aid advice on heat exhaustion, keeping safe in open water and more.