First aid for burns: "I never want to hear that sound again"

Mum Vikki Stow describes the terrifying moment her baby daughter got burned. Luckily, her husband had recently taken a British Red Cross first aid course and knew just what to do. 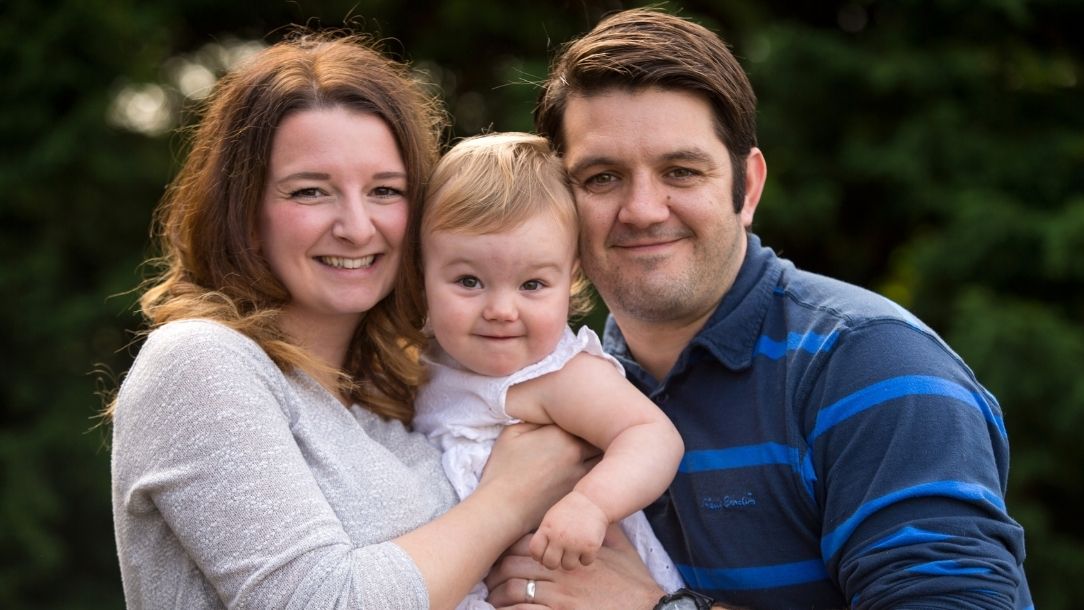 Our little princess, Tamzin, is a very inquisitive soul. One morning when she was just 10 months old, she grabbed a hot cup of tea. What happened next gave me the biggest scare of my life.

It was early in the morning when my husband made me a cup of tea. He put it on the arm of a chair to cool whilst I was getting ready. We didn’t realise our newly mobile daughter had spotted the steaming cup.

I must have had my eyes off her for less than 10 seconds when I heard an awful cry. I never want to hear that sound again.

Her arm was steaming

It was clear she was in a lot of pain. I quickly turned around to see her dropping the cup. Her arm was steaming. She had poured the whole freshly boiled cup of tea over herself.

Instinct kicked in. I didn’t even think. I just shouted for my husband. I quickly whipped off her long-sleeved top because I could see it wasn’t sticking to her skin.

Her arm was turning pink. It gave me a stomach-churning feeling that I will never forget.

I just kept thinking: why was I not watching her? I was shocked – it all happened so fast.

Luckily my husband had recently done a first aid course and knew what to do. He was already running the cold water as I carried my distressed daughter through to the kitchen.

He used cold water to cool the burn on her arm and chest. I could see her skin peeling off and the whole of her left arm was bleeding.

I couldn’t believe what had happened to my precious little girl. I knew I would never forgive myself for not moving that cup out of reach.

I fumbled for my phone to call 999. I don’t remember much of what they said, other than we had done the right thing to put the burn under cold running water. They told us to carry on until the ambulance arrived.

It seemed like a lifetime but when I checked later that day I realised it took just four minutes for the ambulance to get there. And oh my, how relieved I was to see them!

They told us we had done the right thing for Tamzin and most likely saved her from even worse burns. We learnt that the quicker the skin is cooled the better.

The ambulance whisked us off to hospital. Tamzin was sobbing but they gave her some pain relief and she slowly settled down.

I just kept replaying what had happened in my mind. I was cursing myself for being so stupid. The ambulance crew told me I’d be surprised how many people this happens to. I thought they were just trying to make me feel better, but over the next few weeks I discovered it was true.

When we got to hospital they wrapped Tamzin’s arm in cling film. They said it would stop the air getting to the burned area, which is what causes the pain.

Later the hospital bandaged her up and sent us home the next day with some pain relief for Tamzin. We had to go back for two weeks to have her bandages changed. After six weeks they said she was healing well.

She still has a few little red marks on her arm but they should fade with time. She’s a very brave little girl.

Needless to say we don’t put hot things anywhere near her now. It’s just too easy to get hurt in a matter of seconds.

Make sure you know how to treat a burn.

1. Cool the burn under cold running water for at least 20 minutes.

2. After the burn has been cooled, cover it with cling film or a clean plastic bag.

3. Call 999 if necessary and always seek medical advice if a baby or child has been burned.

By learning the right first aid actions, you’ll feel confident that you can help someone who has a burn.