“In a couple of weeks, families and children who are on their own will have fewer options to join loved ones in safety”

Every year the British Red Cross supports hundreds of families torn apart by violence, war and persecution to reunite in safety in the UK.

We have seen first-hand the joy and relief when families – who may have been apart for several years – are finally reunited.

It is more important than ever to mark International Day of Migrants with so many migrants, asylum seekers and refugees separated from their loved ones right now.

This year, we have all experienced a little of what this feels like and felt the pain of being apart from our family and friends.

For refugees, this separation is all too familiar. Many have been apart for many months, if not years, and with no certainty of when they will see each other again. 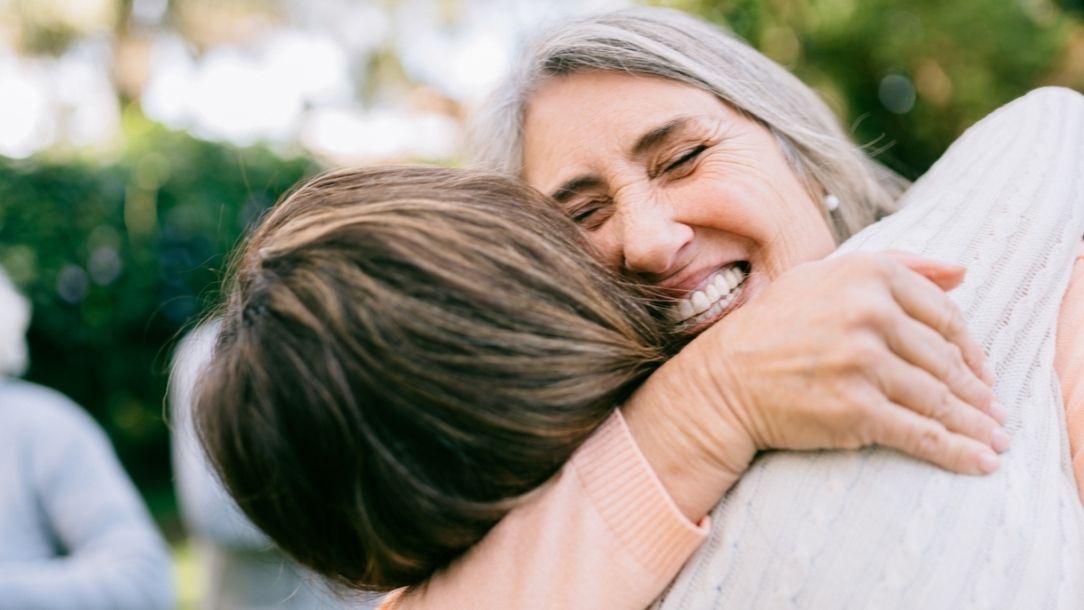 The VOICES network is a group of refugees and people seeking asylum who share their experiences with media and policy makers to create change for the better. A VOICES ambassador summarised the feeling of separation: “It is the worst thing that can happen to any human being. The time through years lost cannot be regained.”

Refugees sadly face dangerous journeys in their search for safety and are often split from their loved ones on their way, or as they leave their homes and lives behind.

When someone seeking asylum is granted refugee status they can apply to reunite with their spouses and children under 18. Unfortunately, this process is complex, expensive and lengthy.

While we help reunite families from around the world, in recent years we have supported families separated across Europe more and more. In the past two years over 1,600 people were able to join their relatives in the UK under the Dublin III Regulation, a piece of European law.

This enables families separated across Europe, who are often living alone in places like the Greek islands or Northern France, to be able to join their loved ones in the UK.

But, from the 1 January 2021, the UK will no longer be a part of the Dublin System. In just a couple of weeks, families and children who are on their own, often living in dangerous and unsanitary conditions, will have far fewer options to join their loved ones in safety. We fear they may feel their only way to hug and hold their family again is by making dangerous journeys to reach them.

WE SEE THE PURE PAIN AND ANGUISH OF PEOPLE WHEN THE RULES ARE TOO LIMITED.

While the UK does have its own immigration rules that allow family reunion, these are more restrictive than the Dublin System and we believe that many families who would have been able to reunite under the Dublin System, will no longer be able to.

In our work supporting families to reunite, we sadly also see the pure pain and anguish of people when the rules are too limited.

I have worked on a case before, where two brothers, just 19 and 17 years old, were stuck apart, one in the Netherlands and one in the UK, and were unable to be reunited under the domestic laws. The fact that they both were alone, separated from their family and experiencing trauma was not enough to meet the tests under the rules.

I don't know the end of this story, but I hope they were able to reunite safely.

It is vital that families who have already been through immense trauma, are able to rebuild their lives together, without these additional barriers. Thankfully, there are clear ways that this can be ensured.

The UK Government should amend its own legislation to better mirror the rights under the Dublin System. This will ensure that families are able to reunite without facing bureaucratic hurdles that can be impossible to overcome.

This includes removing the £388 application fee a child asylum-seeker needs to pay to join a sibling, aunt, uncle or grandparent who has been given refugee status in the UK.

ONE NEAR CERTAINTY IS THAT FAMILIES WILL CONTINUE TO BE DIVIDED AS A RESULT OF CONFLICT AND VIOLENCE.

There is a lot of uncertainty for the future right now, with Brexit and the ongoing pandemic, but one near certainty is that families will continue to be divided as a result of conflict and violence.

Around the world, countries are grappling with questions of how to respond to the reality that 1% of the world’s population have been forced to flee their homes. It is clear to us that what is needed are sustainable responses that put the safety and humanity of those people at their heart.

Families belong together, and for refugee families this is such an important step to healing from the trauma of fleeing unimaginable horrors and dangerous journeys to safety.

Helping families to reunite should be a priority for us all.

Meet the refugees who want change

They’ve seen it all. Now they’re challenging policies and stereotypes

How good is your knowledge of the reality for asylum seekers?