Love letter from a wedding dress

When Laura Trower found her dream wedding dress in the window of the British Red Cross charity shop in Forest Hill, south London, back in 2019, she cried tears of happiness. It was the first bridal gown she’d tried on, and it was perfect.

But she was in for another surprise: Laura found a note attached to the dress from the previous owner, Fran, also from south London. It included a phone number and a small request: for the new owner to share photographs of the dress on their special day.

To add to Laura’s joy, the shop told her that buying the dress would help to fund three wheelchairs for the Red Cross.

“It was an added bonus.” she said. “Not only did I get the most beautiful dress, but those in need were able to get support.”

After she was married, Laura contacted Fran and they shared photos and messages from both of their weddings. It was then that dress began to take on a life of its own.

Fran, who had the dress first, with her husband at their wedding

Laura, the gown's second owner, and her husband Chris.

“Everyone gets attached to their wedding dress! I just wanted to know who had it!” Fran said.

“But I wasn’t really expecting anything. I was so surprised to get the message because it was a quite a while later. But it makes me so happy knowing someone so sweet enjoyed the dress like I did.”

Wedding dresses often languish in a loft after being worn once, but Laura is now hooked on the idea of continuing the charity chain and took the dress back to the same Red Cross shop. She is hoping that someone else will find it and love it as much as she and Fran did.

Laura said, “We have pinned a similar note to the dress in the hope that whoever buys it will continue to share the history of this beautiful dress!”

I couldn’t believe it when I saw the note from the previous owner,” she added. “I had to get in touch! Now we’re excited see who the next bride will be!”

The dress was originally bought in a bridal store in Camden, north London, in 2017. It arrived at the Red Cross in a pristine box, as though it had just left the shop. 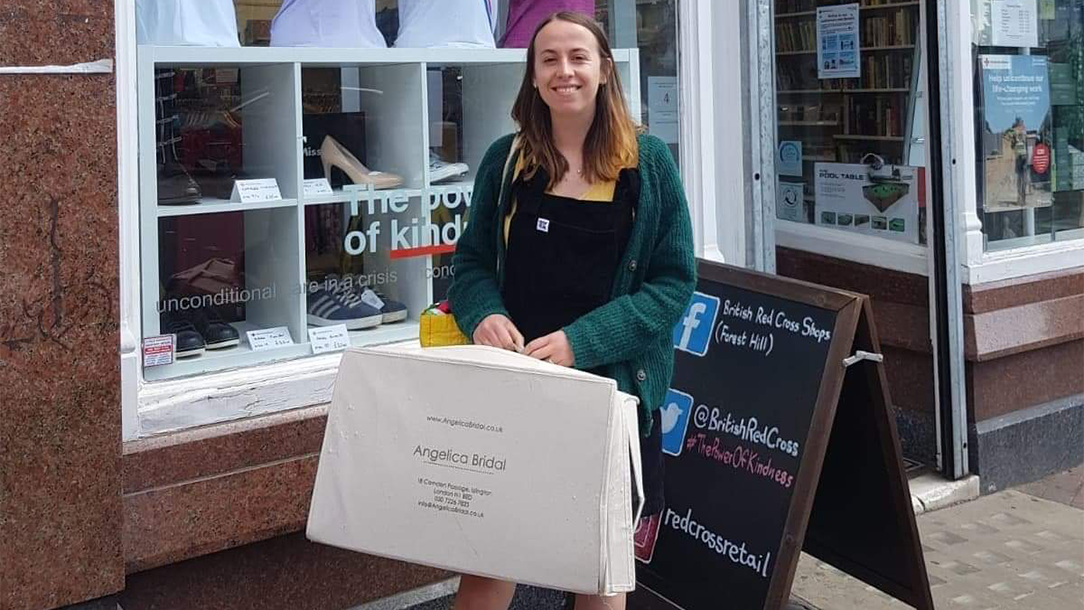 Left: Laura outside the Red Cross charity shop where she bought and then donated her wedding dress.

Right: The note Laura and Fran pinned inside the dress for its new owner. 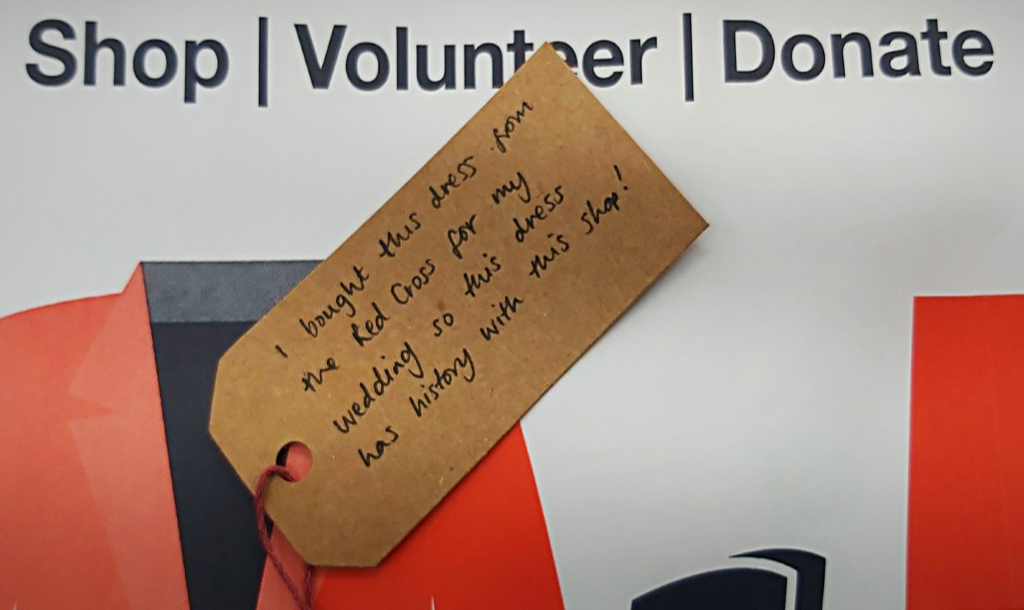 The Red Cross has over 300 charity shops around the UK and many, like the shop in Forest Hill, sell wedding dresses and suits. We also have a specialist bridal boutique in Stockbridge, Edinburgh.

Berni Considine is a British Red Cross regional retail manager and can recall when Laura and Fran’s dress first arrived at the charity shop.

"We remembered this particular dress so well from when it came in the first time. Not many of our garments come with a special note, but even without the message, this dress is beautiful – there's just something about it that makes it stand out – the design and the cut. It’s just stunning.”

Experts put the average price of a bridal gown in the UK at around £1,500 but Fran and Laura’s dress was priced at just £150. This can help create a sustainable wedding that helps both the environment and people in crisis.

Berni shared that, “pre-pandemic, the British Red Cross in Forest Hill was well known for its wedding dress events, when we would dedicate the shop for a day to wedding dresses and bridal accessories.

“So, we would love… to carry on being a part of the life of this unique dress and all that it symbolises." 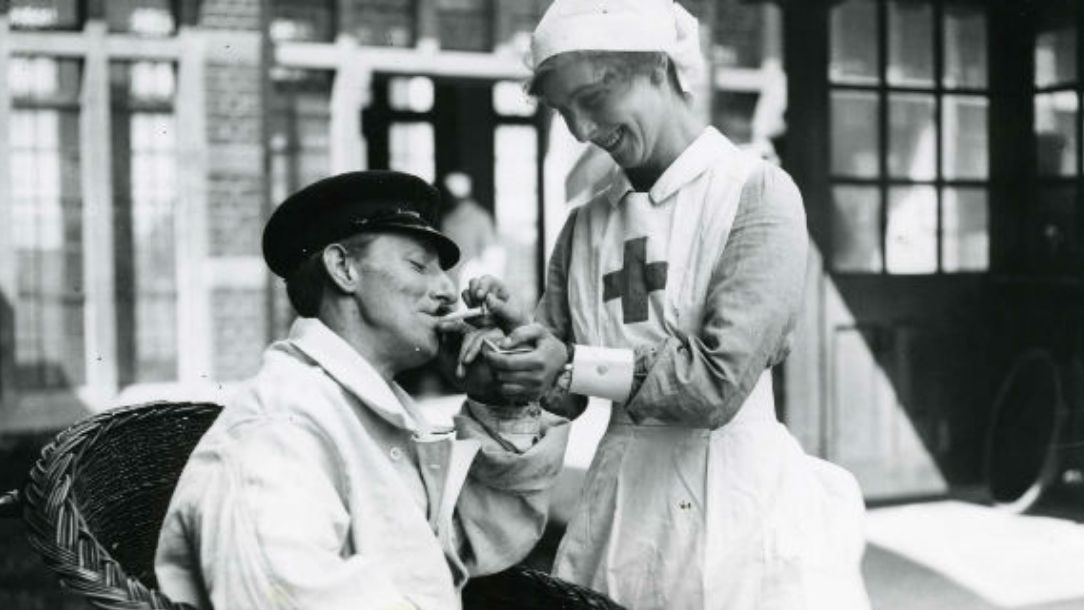 Many of our volunteer nurses found love with the patients they treated during the First World War 1. Here are their stories. 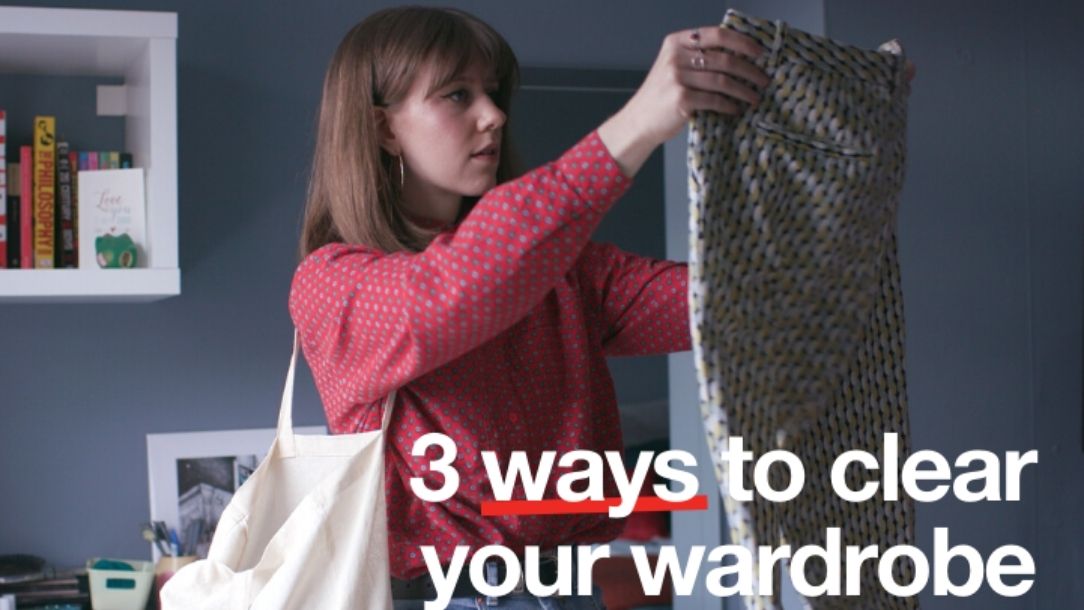 Decluttering your wardrobe made easy

A good spring clean can do wonders. Then donate your old clothes to a Red Cross charity shop to help people in crisis. 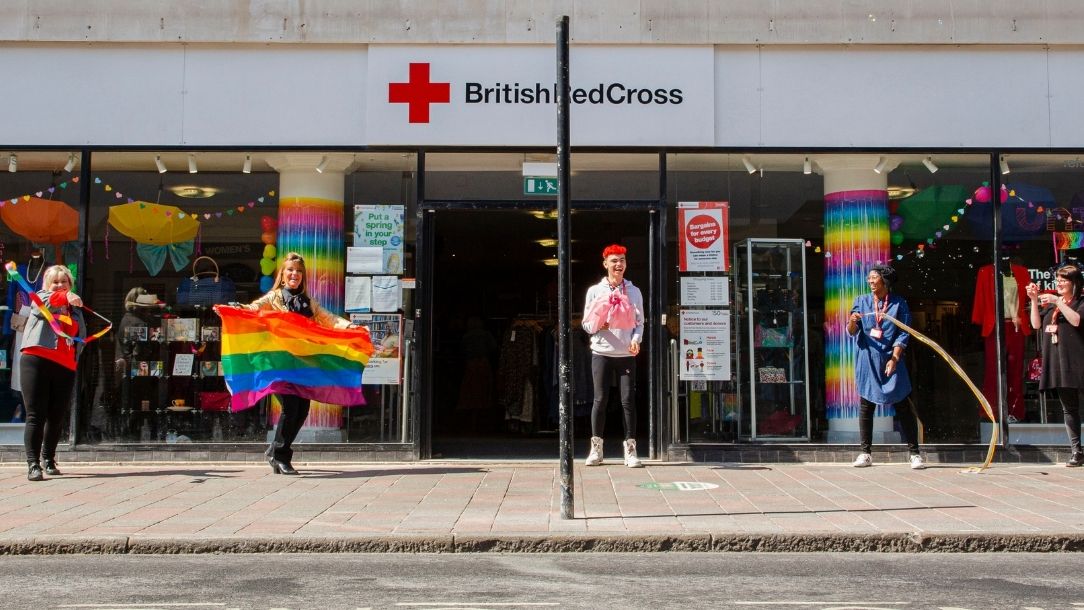 Three of our volunteers explain how working in their local British Red Cross charity shop in Hull has enriched their lives in surprising ways.