"When we got here, he spoke his first word."

People have to leave their countries for many reasons. For Funke, leaving Nigeria was the only way she could help her disabled son. So she left all she knew and started from scratch as a single mum in Hull. 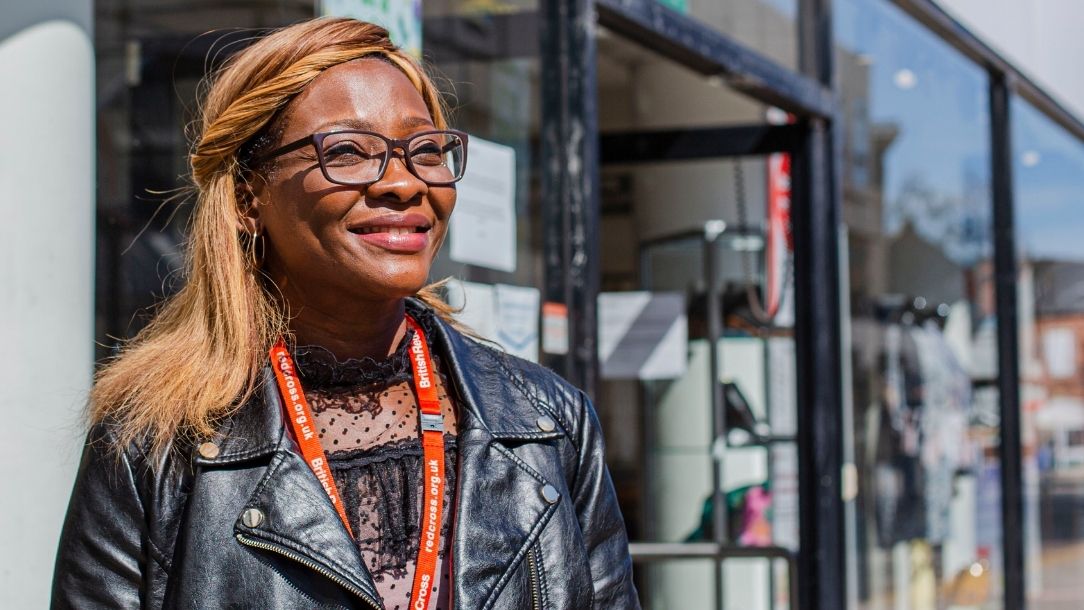 Growing up in Nigeria, Funke’s eldest son Ade, was slow to start speaking. He was only able to scream. A member of Funke’s church suggested taking him to hospital to get checked out. That’s when she discovered her son was deaf.

“I noticed he wasn’t speaking but I thought it was delayed speech. They

had to drop a big cymbal from drum sets on a concrete floor. It was too

“I cried myself out. I didn’t realise it was that kind of problem he was having.”

and she feared for his safety.

“In Nigeria, if you’ve got a child with a disability, they are not like other children,” she explains. “They are treated differently and some people could be nasty to them. It was a big stigma for me and for the family. I couldn’t take him to any birthday parties.

Taking care of an energetic little boy who couldn’t work out why nobody  understood him took its toll on Funke. Her health suffered, her blood pressure shot up and she cried constantly.

The cost of hearing aids meant they were out of the question, and Ade soon fell behind at school without the resources there to support him.

“I saw a lot of parents that were going to the hospital together buying two hearing aids for the children. They looked tattered. They were working just to pay for hearing aids.”

Although she would be losing everything, Funke made the difficult decision to leave Nigeria and make a new life in the UK.

The change in Ade, just six at the time, was dramatic. The restlessness went away and he learned sign language - a skill that opened up his world.

When we got here, he spoke his first word. At his primary school in Bolton, he was allowed to sing with the other children. That really amazed me. I was crying.

Funke remembers seeing the son she thought might never speak performing ‘Do you hear what I hear?’ at an event organised by deaf health charity, Sign2Sing. The song still makes her cry when she hears it.

“I’m still thankful for how he’s able to progress like his peers, not like in Nigeria where he might not be able to get up to where he is right now."

Although Ade was finally able to thrive, Funke found life as a single mother in a new country challenging.

“It was very hard. Because I had the baby with me. We had lots of problems, housing problems and all that. So that's why I claimed asylum.”

It took Funke seven long years to receive her leave to remain. And all the while she was terrified that she and her children would be wrenched away from their new lives and sent back to Nigeria.

“We were living in fear. Everybody in asylum lives in fear because they don't know what their fate is. There are so many things we couldn't do like working, like going to further education, like having enough money to take the children out.”

Thankfully, Funke’s community rallied round her, taking the family on day trips to the beach and inviting them to Christmas parties.

“Children are very important here in the UK. When a child needs more support, here in the UK they get it. They also help the child to be like other children, not feeling left out. And that goes a long way.”

Funke was finally given leave to stay. Her life flourished and she followed her passion for learning, achieving several adult education diplomas.

“I went to some other places to find a volunteering job, and wasn't accepted. But when I came to British Red Cross, I was welcomed immediately.

Funke loves the sense of community in the Red Cross shop.

"I just want to help, basically"

“I felt excited about it because I've known Red Cross from Nigeria. We like the Red Cross because they're always helping the community. I know that if there is a war situation, the Red Cross is always there to help.


I'm proud to have this badge, because of what the Red Cross represents - helping the community, helping in crisis, helping during conflict. It really fulfilled a dream for me to be here.

Funke says that juggling being a mum to three energetic boys and her exams can be ‘intense’, but that her passion for volunteering keeps her going.

“I just want to be of help basically. The community has really helped me and my children so much.

“It was really amazing to have a roof over your head and not worry about what to eat in this country. The government really took that off my shoulders."

Funke loves the local community in Hull, meeting new people in the shop and working with her fellow volunteers. In particular, she loves the 'amazing' Christmas parties.

Now, Funke is trying to pass on her passion for helping others to her sons – especially energetic Ade.

“All the people already like him there because whenever they’re doing something, Ade wants to help.

"After lockdown, I want him to get back to helping people. I think it comes from my parents because they like to help people too.”