A world at a crossroads: my trip to Niger

Towards the end of 2021, chief executive Mike Adamson visited Niger. He found the work of our Niger Red Cross colleagues truly inspirational. 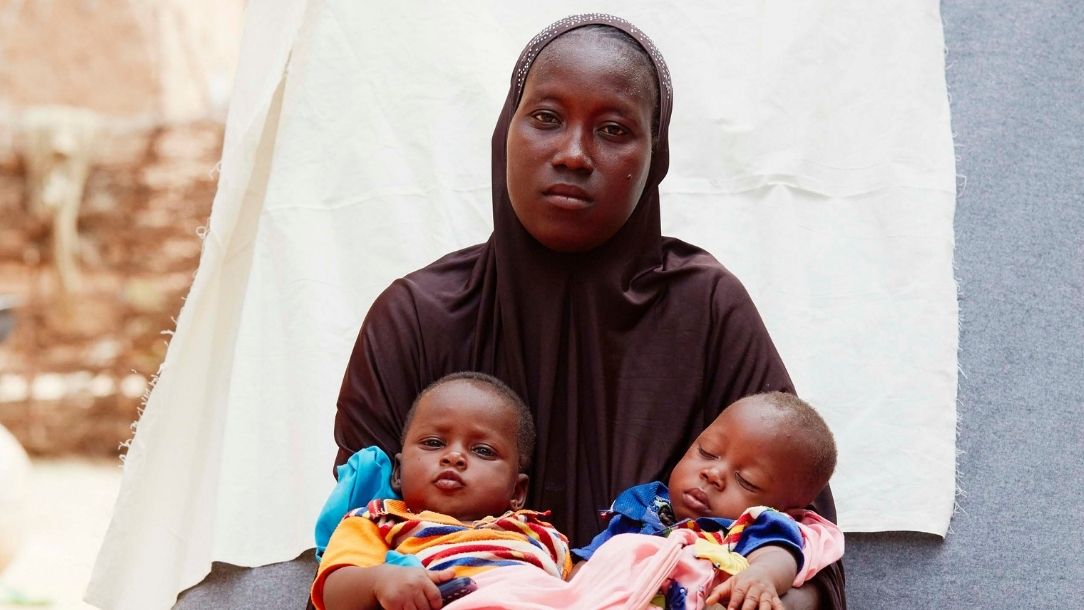 "Niger: at the bottom of the global humanitarian index"

"I’ve often said that it’s a privilege to do the job I do. I feel that more than ever when I’m able to visit parts of the world that most people don’t have the opportunity to see.

"Last year I was in Niger with Richard Blewitt, Executive Director, International and Hugo Gimbernat Guerin, our regional manager for the Sahel.

"Hugo is an experienced humanitarian leader with deep insight into the Sahel region. We were hosted by the amazing, indefatigable Niger Red Cross President, Ali Bandieri, a charismatic, principled humanitarian leader, who has been leading the national society for over 30 years.

"So where and what is the Sahel? The Sahel is a group of countries in West Africa, south of the Sahara, north of Nigeria, mainly French speaking, including, Niger, Burkina Faso, Mali, Chad and Mauritania.

"They all have active and vibrant Red Cross societies with volunteers and staff supporting work on big causes that we would recognise – people in emergencies, people who are displaced and people who need health support.

"The big difference is the level of vulnerability and threat on top of extreme poverty. Niger is at the bottom of the global humanitarian development index.

"There’s always been a lot of migration across West Africa. Some is because of nomadic ways of living like the Touaregs. Other migration is based on movement through the economic zone of West Africa (where they still have free movement!) with people seeking opportunities across and between anglophone and francophone countries.

"Contrary to popular belief most people have no desire to come to Europe. These patterns are being disrupted by a vicious cocktail of population growth, lack of work opportunity, a mix of climate-induced drought and flooding, and destabilisation by radical militants.

"We spent time in the capital, Niamey and Agadez a town in the centre of Niger which is a cross-roads for the migration trails. Niamey has many characteristics of other capitals I’ve seen – an international airport, some nice hotels, reasonable roads.

"By contrast, Agadez is 500 miles by road from Niamey, it would take 48 hours to drive it because the roads are so bad – flying on a UN plane is the only option. The town itself is poor, dusty, built almost entirely from the compacted sand of the desert but with a magnificent 15th century mosque reflecting the long history of trading across this region. 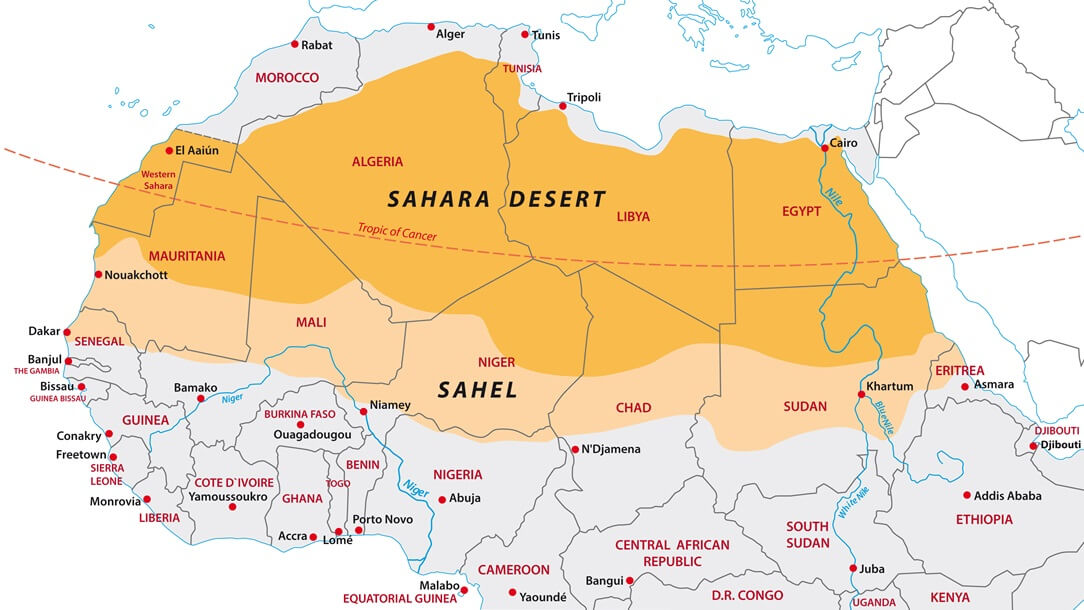 Niger is part of the Sahel region, and at the bottom of the global humanitarian index.

"In Agadez we met young men and women from Sierra Leone, Nigeria, Cameroon, Ivory Coast who have walked over weeks and months to this point. Many have had traumatising journeys.

"One young man told us he’d lost his brother; women have been subject to sexual harassment and violence. Some have tried to travel up through the Sahara to Libya and Algeria, possibly to get to Europe and either been forced back or chosen to come back to Agadez. A few have had enough and want to return home.

"That carries real challenges because their families may have supported them to get to this point and human instincts of disappointment and pride may force them to try again. Nearly all of them are stranded in Agadez because they have no money to go in either direction.

"The Niger Red Cross, with support from the British Red Cross, provides basic assistance and information to address their health issues (for example, malaria, cholera and infections), psycho-social needs and food.

"They also provide information about the journey that lies ahead, so people can make more informed decisions about their next steps. We were so impressed by the professionalism and humanitarian commitment of our brothers and sisters from Niger Red Cross. They operate completely in line with our Fundamental Principles, judging no-one, helping impartially according to need.

"Having thousands of extra people to help in a community that’s already very poor and threatened by the impact of climate change on people’s livelihoods is a real problem. Just like we do in the UK, it is critical that the Niger Red Cross also help host communities.

"For example, while we were there, we saw a nurse from the Niger Red Cross clinic for migrants helping a lady from Agadez with a sick baby. We want to amplify these efforts. 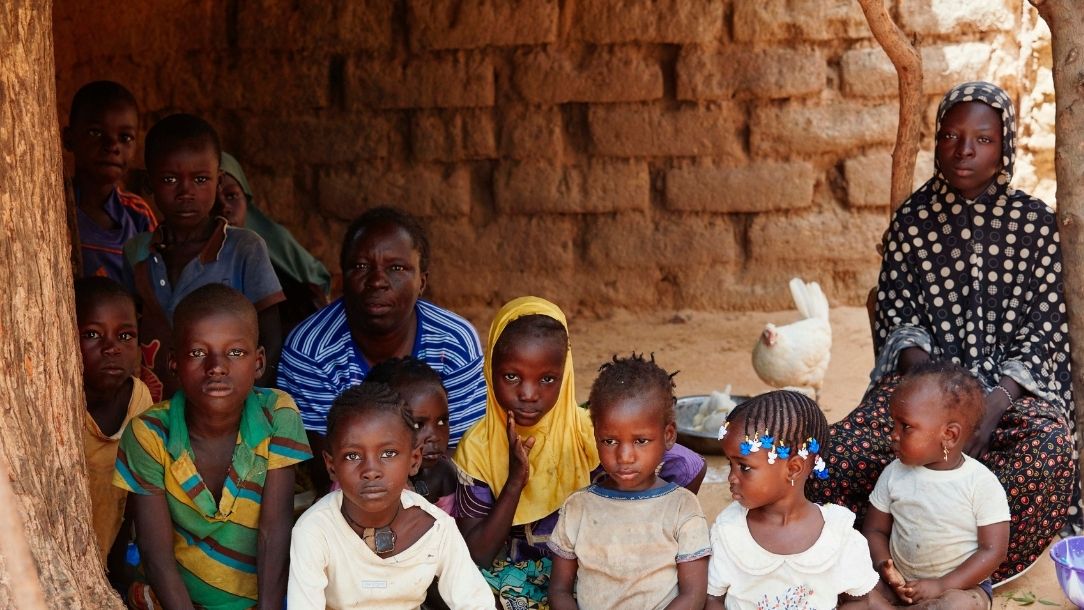 The big emergencies that local people highlighted were drought and flooding. The problem with emergencies is that when people are unprepared, they rarely recover after the emergency to the levels they were at before. They’re often forced to sell their assets, like animals or household items or they forgo important things like the costs of their kids’ school attendance.

Nowadays, it is possible to forecast extreme weather events, so we’re working closely with the Red Cross climate centre in the Hague to monitor them and we’re supporting the Niger Red Cross to make sure families are prepared and can withstand the shock when it comes. This builds on our British Red Cross capability in cash programming.

This was an unforgettable trip. I really felt that we were seeing a world at a cross roads. Urgent global co-operation and leadership is the only way to solve and mitigate the humanitarian impacts of climate change, migration, geo-political instability and terrorism.

The reach and principles of the Red Cross and Red Crescent Movement mean that we have a critical role to play both practically and with our voice in ensuring that the needs of people are always put first in finding solutions to these challenges.

Mike Adamson has been chief executive of the British Red Cross since 2014.