Nurse Edith Cavell was shot by 16 German soldiers. Her crime? Helping the Allied servicemen she was treating escape to safety.

Born in Norfolk, Edith trained as a nurse in London. Her tutor remarked that she was often late and was not a nurse who could be relied upon. However, Edith proved her wrong when she moved to Belgium and began to pioneer new nursing techniques.

When the First World War broke out, Edith had returned to England for a holiday in Norfolk. She declared: "At a time like this, I am needed now more than ever", before heading back to the front-line in Belgium to continue her work.

Here she treated all soldiers who needed help, regardless of their nationality. The Red Cross journal for staff and volunteers reported in November 1915: "She might have saved herself and left Brussels when the Germans entered, but she elected to stay at her post.

"She remained, and subsequently assisted in nursing the wounded, including Germans themselves."

Edith soon began to work with the Belgian underground network, helping to smuggle more than 200 Allied soldiers into neutral Holland.

Knowing how dangerous this was, she kept her work secret from her fellow nurses who served under her.

However, the Germans became suspicious. After a long investigation, Edith was tried for treason with 35 others in August 1915.

Most were sentenced to hard labour – but not Edith. Despite an international plea for mercy, the 49-year-old was shot dead by a firing squad two months later.

A crowd gathering for the unveiling ceremony around the memorial for Edith Cavell in March, 1920

Praise from the Prime Minister

The Prime Minister Herbert Henry Asquith asked: “what year in our history has done more to justify our faith in the manhood and womanhood of our people?

"It has brought us, as we cannot at this moment forget, the imperishable story of the last hours of Edith Cavell [...] and in this United Kingdom and throughout the Dominions of the Crown there are thousands of such women, and a year ago we did not know it[...].

"Thank God we have living examples of all the qualities which have built up and sustained our Empire. Let us be worthy of them, and endure to the end."

The imagination of millions

The Red Cross journal at the time reported that Edith Cavell was “a brave and patriotic lady, a distinguished member of the nursing profession who, at the very most, had done nothing worthy of death.

"Her patriotism, courage and dignity have caught the imagination of millions and will be commemorated for ages.”

They weren’t wrong.  A monument was built by Trafalgar Square to remember Edith Cavell. Today, events such as concerts and exhibitions are taking place to mark the centenary of her death. And the Royal Mint has created a £5 coin featuring her portrait.

The Red Cross remembered her with a bronze medal after the war showing portraits of Edith and Marie Depage. Marie Depage was married to Doctor Antoine Depage, who Edith worked for in Belgium and drowned when the Lusitania was torpedoed. On the back of the medal it says: 1915 REMEMBER! 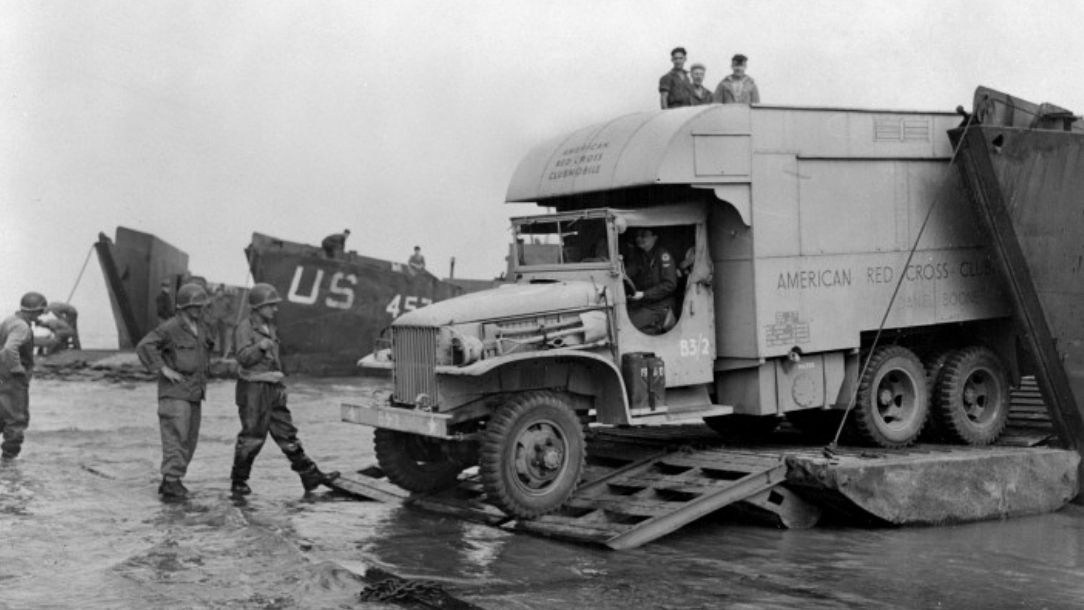 D-Day: How the Red Cross helped in World War II

The Red Cross was involved at every stage of D-Day, planning supply chains, caring for wounded soldiers and more.

From first aid demonstrations, to a coronation and a Gold and Diamond Jubilee - our relationship with the Queen has spanned nearly a century.