Alexander, originally from Ukraine, left his country last year and moved to the UK. He has watched in horror as the events of recent weeks have unfolded

“I don’t know why, but the night of the 24th February 2022, I woke up and couldn’t sleep,” says Alexander*, of the night that fighting started in Ukraine. “It was only in the morning that I found out about what was happening. I felt shock and fear for my family, acquaintances, and the citizens of Ukraine.” 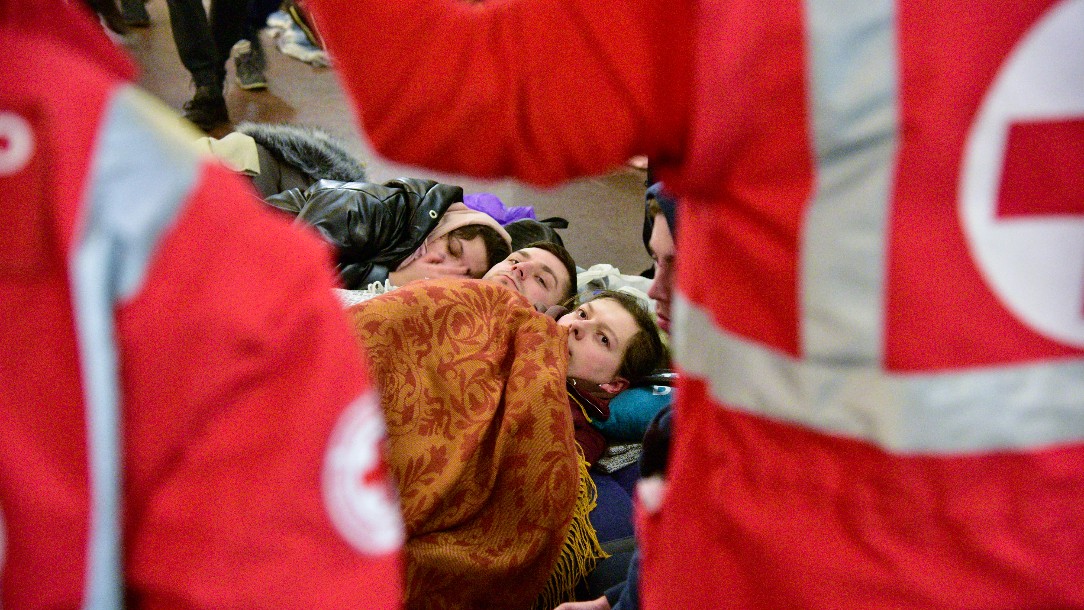 Ukrainian Red Cross staff and volunteers are providing food and other basic necessities to about about 8,000 people who are sheltering in a subway station in Kyiv.

"My relatives are experiencing the horror of war"

Alexander left Ukraine in 2021 for fear he would be conscripted into the army, which is against his religious beliefs. With many of his family and friends still in Ukraine, he is now fearful for their safety.

As the days stretch into weeks for the families huddling in underground shelters and metro stations, Alexander has watched the recent escalation in hostilities with horror.

“At the moment, my relatives are experiencing fear, the horror of war, bombing, uncertainty about the future,” he says. “They spend the night in a bomb shelter, pray to God, and hope for a speedy end of the conflict. Many regions of Ukraine are surrounded and there is no way to get out.”

"I realised I needed to leave the country"

As tensions began to mount in Ukraine, Alexander found himself under pressure to join the military, which, as it would involve taking up arms, is something his religious beliefs prevent him from doing.

In June 2021, he decided to leave for the UK, having learned to speak English at school. “There were many letters with orders to appear to the military enlistment office for military service,” he remembers. “I did not go; I did not leave my house. I realised that I need to leave the country so as not to participate in this terrible war.”

Since Alexander’s arrival in the UK, he has been supported by the British Red Cross, in ways that include providing help with his asylum claim, and support finding housing.

“I have met good people who understand my situation,” Alexander says. “They supported and continue to support me in difficult conditions.” 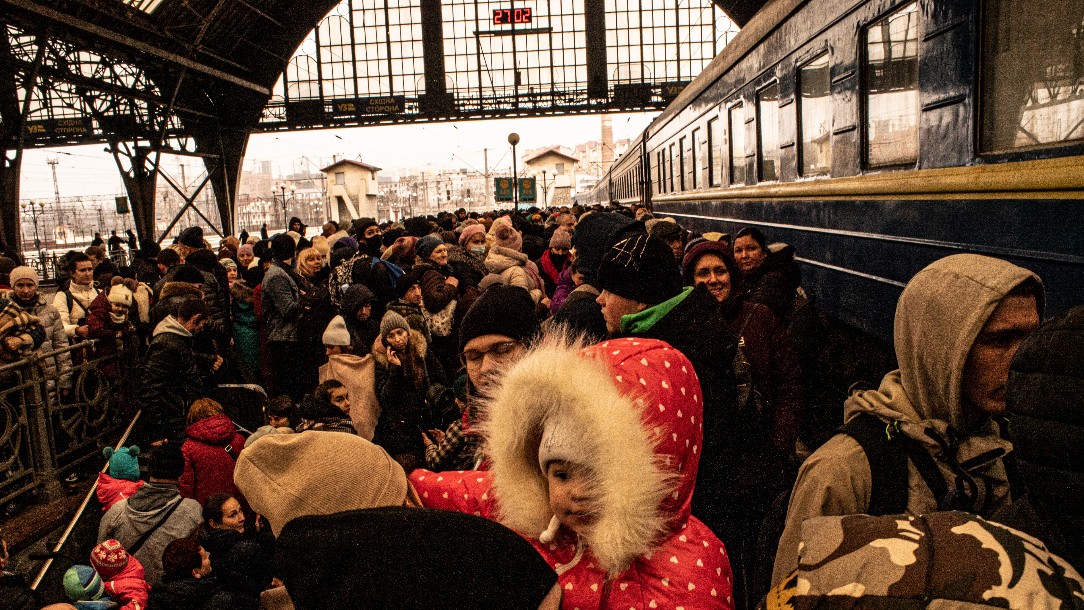 Thousands of civilians, mostly women and children, but also elderly men and some young people who do not want to be forced to fight in the war, wait at the Lviv train station for an opportunity to leave the country. PHOTO: Andre Liohn/IFRC

Back in Ukraine, the Ukrainian Red Cross and the International Committee of the Red Cross are supporting people across the country. Hundreds of thousands of people have no food, water, heat or electricity. Millions are displaced within the country, and a further three million have fled into neighbouring countries. Red Cross teams from bordering nations have been on hand to welcome and support people on their arrival.

For now, Alexander intends to stay in the UK. “I want to do social work, to help those in need,” he says. “I feel gratitude and hope that I can repay this support for the good of the UK – perhaps I will one day return to Ukraine as a tourist and to see my mother.”

“This is a big tragedy, a big grief that fell on my relatives and the people of Ukraine. I pray for peace all over the world.”

*Alexander's name has been changed.

DONATE TO THE UKRAINE CRISIS APPEAL

Are you a Ukrainian national in the UK?

We have information on family visas, the Ukrainian family scheme and claiming asylum in the UK.

Other ways to support