Protecting humanity: more than 70 years of the Geneva conventions

Here, British Red Cross museum curator, Mehzebin Adam, explains why the Geneva Conventions came about and why they remain so vital.

Since the original Geneva Convention was adopted in 1864, international humanitarian law has helped to preserve humanity in times of war.

The Geneva Conventions are so important. They protect those who provide medical care to wounded soldiers and sailors.

They enable prisoners of war to receive messages from their families. And they facilitate humanitarian relief – such as life-saving food and water – to civilians living under military occupation. 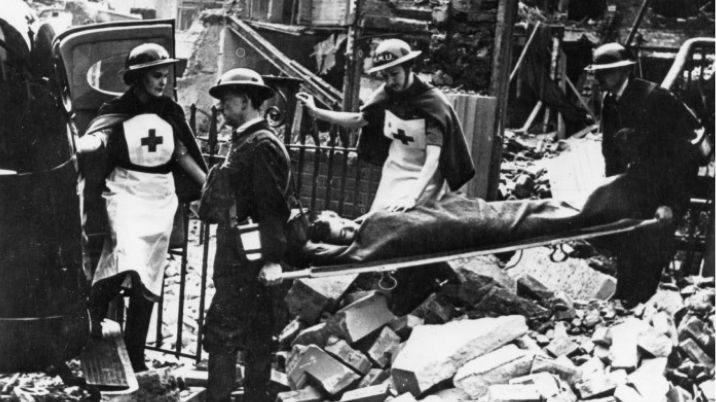 The story of the Geneva Conventions

The life of Henry Dunant, a Swiss businessman, changed forever when he saw the suffering of soldiers in the Battle of Solferino in 1859. Three years later he published a book, 'A memory of Soleferino' about his experience.

In the book, Dunant proposed creating relief societies, made up of volunteers, trained to provide neutral and impartial help to relieve suffering in times of war. This led to the birth of the Red Cross Movement.

Dunant also proposed that countries adopt an international treaty to provide protection to medical services and the wounded on the battlefield.

This led to an agreement – the original Geneva Convention – which was adopted in 1864. It was first signed by 12 states, and by 1867 it was ratified by 16 states. Great Britain ratified the treaty on 18 February 1865.

The original Geneva Convention was updated in 1906. Then in 1907, the principles were adapted to provide for the protection of the medical function and to cover those who became sick, wounded or shipwrecked at sea during wartime. This was the Hague Convention for the Adaptation to Maritime Warfare of the Principles of the Geneva Convention.

Updated again in 1929 to provide protection to prisoners of war, the Geneva Conventions remained in place during the Second World War. 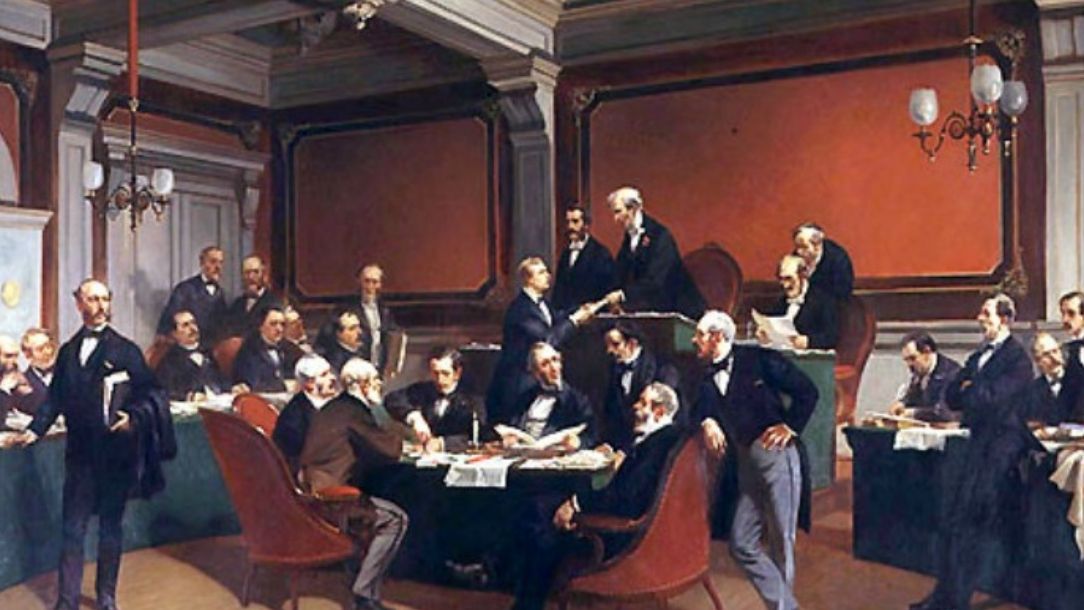 A painting showing the signing of the Geneva Convention in 1864, by Armand Dumeresq

The changing nature of warfare during the Second World War, including increasingly devastating weapons, caused a dramatic increase in civilian suffering.

The Geneva Conventions provided protection to medical personnel, wounded troops and prisoners of war. However, there were few rules at that time which specifically protected civilians in wartime.

The British Red Cross, with the Order of St John, helped civilians affected by WWII as part of the Joint War Organisation. As well as helping at home, on 21 April 1945, teams from the British Red Cross arrived at Bergen-Belsen concentration camp to provide relief to survivors of the Holocaust. 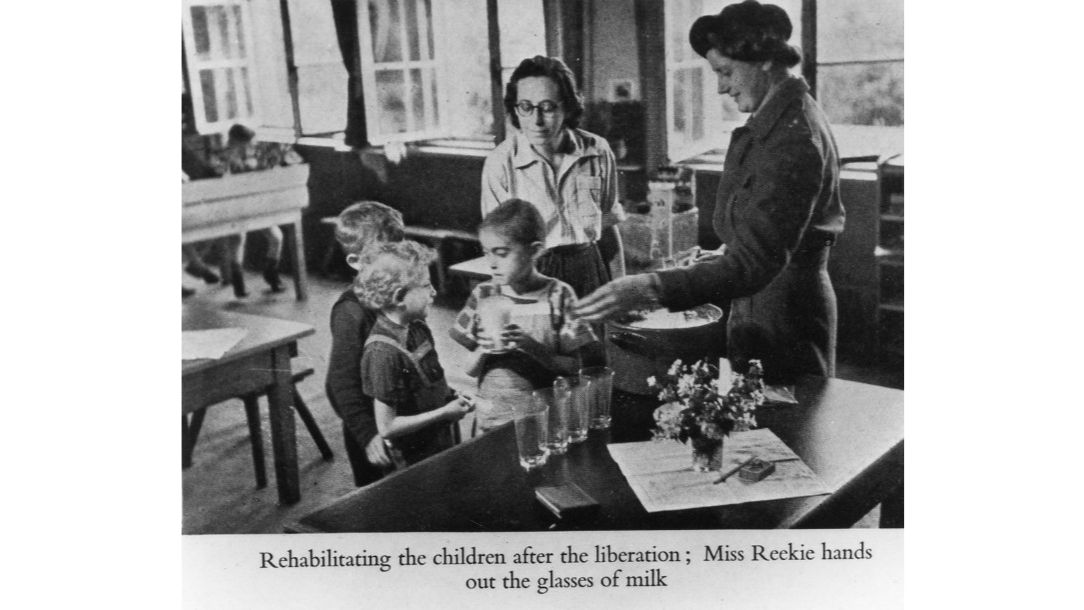 The tragedies of the Second World War confirmed that a Geneva Convention for the protection of civilians was essential.

To bring this about, the Swiss Federal Council organised a Diplomatic Conference in April 1949 and it was attended by government representatives from 63 states, including the UK.

Adopted on 12 August 1949, the new Geneva Conventions revised earlier conventions on the wounded and sick on land and at sea, and on prisoners of war. In addition, a fourth Geneva Convention was added to provide for the protection of civilians in wartime.

The UK Geneva Conventions Act was passed in 1957 and the UK ratified these Conventions on 29 September 1957.

Two Additional Protocols to the Geneva Conventions were adopted in 1977:

2005 saw the adoption of the Third Additional Protocol to the Geneva Conventions, which recognised the red crystal as an additional distinctive emblem along with the red cross and red crescent.

A teddy from Iraq

In 2017, the International Committee of the Red Cross (ICRC) collected objects from two cities in Iraq, Baiji and Ramadi.

These ordinary, everyday objects – such as this Teddy – bear witness to the impact of war and the suffering of civilians.

Each holds a memory of its owner or user: we wonder who they belonged to and what these people were doing when war forced them to flee.

They make us aware of all the different people who are affected, from children to the elderly, and all the areas of life that are disrupted.

These are the voices of the millions of civilians affected by armed conflict and they remind us why respect for the rules of war is so essential.