What would you do if cyclones flooded the farmland you depend on every year?

For two to three months, you can't earn money and have to leave your home because it's surrounded by water. Your house and farm animals can even get swept out to sea.

Despite working hard and saving between the cyclones, your family gets caught in this cycle year after year.

In 2013, the Red Cross, with our partner the Bangladesh Red Crescent, started supporting people in coastal villages in a new way.

Could we double our impact?

But we thought that doing both would more than double the impact.

We worked with researchers from University College London to follow how life changed for people in two villages. Our research was then published online.

The result? We were right.

Here are a few of the lessons we learned. 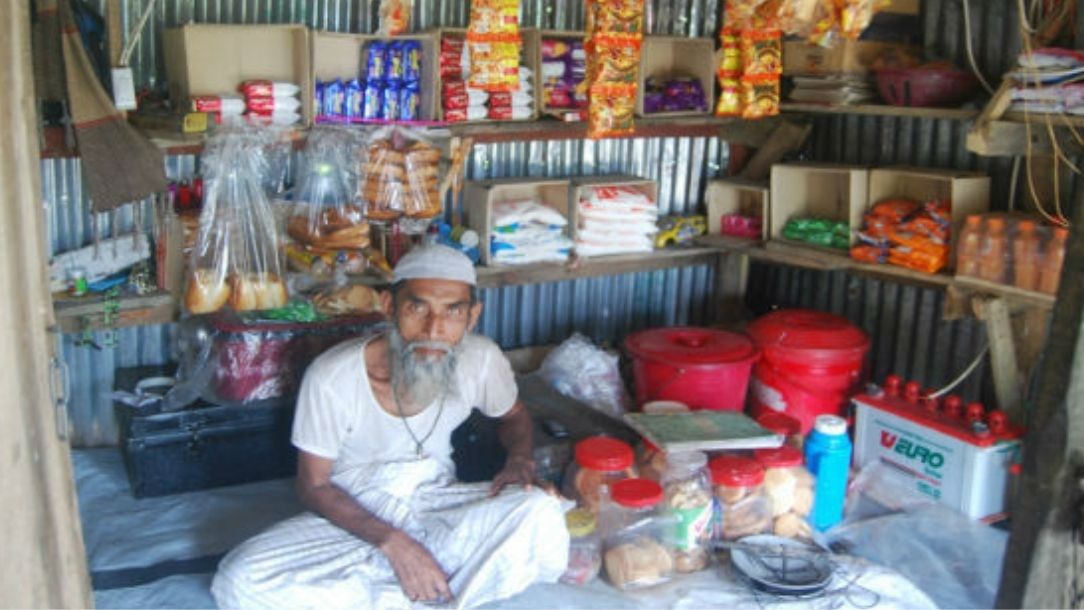 We started by giving grants to the poorest people in an area with where over half the population lived in poverty.

People could use the £155 however they wanted to boost their income.

Some chose to raise farm animals while others started small businesses or shops.

And the results were amazing.

At the start of the project nearly a third of families earned less than £30 per month.

People were also saving much more than before.

This increase makes a big difference in a country where the average person’s income is around £1,300 annually.

2. Paying people to improve their village is worth it

The project offered the poorest and most vulnerable people paid work that would help everyone in their villages.

Many employees were women, and with their new wages they could contribute to their families’ income and buy household goods.

When Cyclone Roanu hit in 2016, people were able to reach evacuation centres thanks to raised roads built by the project.

We also helped people to raise animals and crops that could survive the extreme conditions.

Before our project began, many people kept chickens, which could be swept out to sea by strong winds and floods during cyclones.

But because ducks can swim and fly, they can hold their own better during a cyclone.

So the project helped people switch to raising ducks and now families have duck meat and eggs to eat or sell.

In 2013, only around half of people had water sources near their homes.

Many women had to spend hours every day collecting water from distant wells or streams. Often the water was dirty and could cause disease.

Spending all this time collecting water took time away from work in their small businesses or jobs.

Then we helped to build new, elevated wells so that the water would stay clean during floods.

By 2016, over three-quarters of people had access to clean water near their houses.

And when Cyclone Roanu struck, not a single elevated well was contaminated by flood water.

Before the project, 80 per cent of people suffered from waterborne diseases including diarrhoea, which can kill children in a hot climate.

We tackled this by building toilets closer to people’s homes.

In 2013, just over 40 per cent of families had toilets but now this has more than doubled to 87 per cent.

And while it was common for people to wash their hands before eating, few washed after using the toilet.

Thanks to health education, the new toilets and clean water, now over nine in ten people wash with soap and water after using the toilet.

Results have been dramatic.

Three-quarters of families now say they have no waterborne diseases.

In the past, people didn’t always know when a cyclone was on its way.

Now, each village has a community disaster management committee set up through the project.

The committees review plans to deal with disasters, and learn first aid and search and rescue techniques.

While in 2013 just under three-quarters of people said they got early warning before a cyclone, now almost everyone does.

An embankment burst, flooding some farms and a huge field.

Although people couldn’t work in their fields, they could fall back on their other businesses such as fishing.

Not a single elevated well or new toilet was damaged, so people had access to clean water and good hygiene.

And while 30 people in other communities died in the cyclone, nobody in the project villages was killed.

Now we know: the project provides a model for how Bangladeshis can move towards security for themselves and their families.